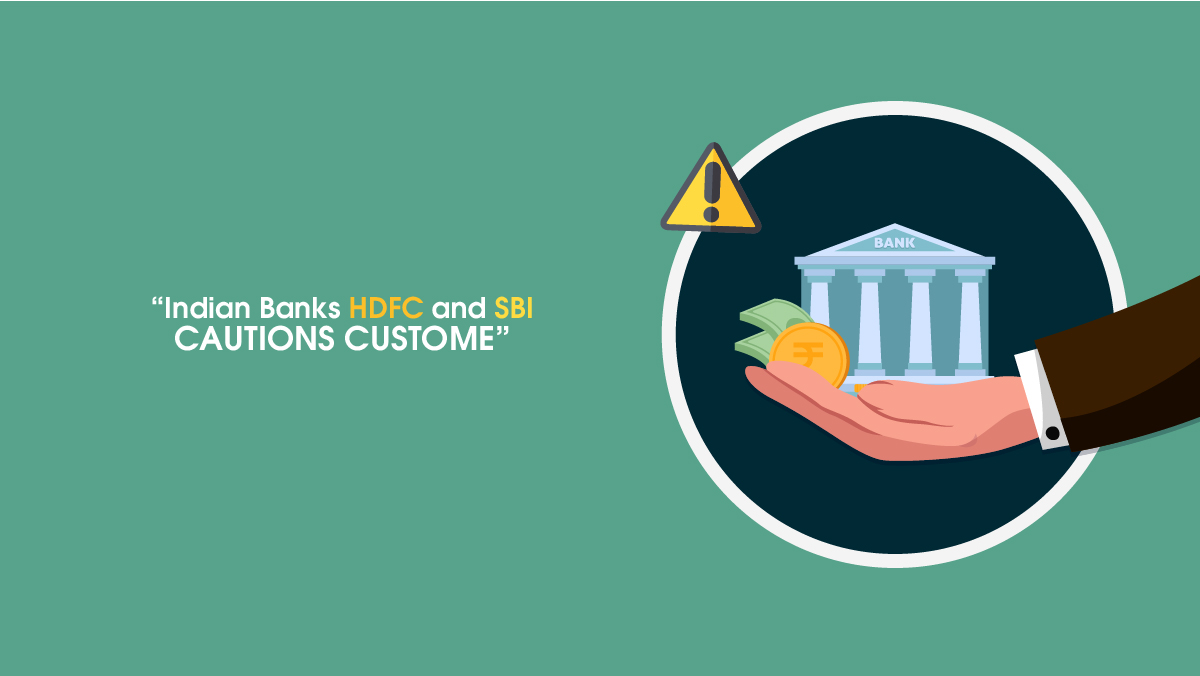 Some banks are invoking a prohibition on crypto trading issued by India’s Central Bank in 2018, which was overturned by the Supreme Court last year.

Users have been contacted by HDFC Bank and SBI Bank regarding cryptocurrency investments.

Banks are now warning clients against dealing in cryptocurrency after shutting down crypto exchange bank accounts in India. Some banks, according to reports, have begun questioning their customers about cryptocurrency transactions made through their accounts in an attempt to discourage them from trading in cryptocurrencies. Customers have been contacted by HDFC Bank and the State Bank of India (SBI). Many users have resorted to social media to express their dissatisfaction with this situation.

“We have observed that your account reflects probable virtual currency transactions, which aren’t permitted as per RBI guidelines,” said an email from HDFC Bank to Rinku Saini, a content creator, and crypto investor. In this communication, the bank refers to an order issued by India’s central bank in 2018 prohibiting cryptocurrency trading.

“Banks are recommended to undertake due diligence by closely monitoring the transactions carried out in the account on an ongoing basis to comply with the regulatory guidelines (RBI vide guidelines DBR.No.BP.BC.104 /08.13.102/2017-18 dated April 06, 2018),” the email continued.

Surprisingly, the RBI order from 2018 was overturned by India’s Supreme Court in March of last year. The directive instructed regulated financial institutions to refrain from doing business with cryptocurrency exchanges and businesses. The Supreme Court, however, characterized the RBI’s finding against crypto companies as lacking in “proportionality” in its decision. While the Supreme Court overturned the restriction on crypto trading, the Reserve Bank of India has yet to issue an official decision on the subject.

However, the central bank apparently delivered informal advice to financial institutions earlier this month, advising them to avoid crypto exchanges and companies. As a result, banks have stopped providing services to these organizations, causing crypto exchanges in India to stop accepting rupee deposits. Indian Banks to crypto traders, Some of India’s largest financial institutions, including ICICI Bank, YES Bank, and Paytm Payments Bank, have severed relations with the crypto sector.

HDFC Bank, for example, recently issued a paper predicting that cryptocurrencies might develop as a potential asset class. The bank’s treasury research team said in a paper titled “Cryptocurrencies: Fad or Forever?” that it’s only a matter of time before Indian investors get legal access to cryptocurrencies. According to a Mint storey, the bank’s chief economist, Abheek Barua, leads the treasure research team.

The Indian government is still working on a bill to regulate cryptocurrencies. Indian Banks to crypto traders. In addition, the central bank’s recent informal guidance has produced a hiccup in these enterprises’ growth. Over the last six months, the number of cryptocurrency investors in India has increased dramatically. Bitcoin and Ethereum, the two most popular cryptocurrencies in the world, reached all-time highs before experiencing a market downturn early this month.

Bitcoin bulls give ‘conservative’ 10 year estimate for hyperbitcoinization to hit

MoneyGram to allow retail Bitcoin buying in the US